SiSiB® PC1300 is an organofunctional silane possessing three reactive amino groups and a hydrolyzable trimethoxysilyl group. Due to the nature of its amino group, this substance reacts as a strong base.

The silane hydrolyzes autocatalytically in the presence of moisture (methanol is released) to form silanols, which can then react with themselves to produce siloxanes or can bind to inorganic substrates. As a bifunctional organosilane, it can also interact with numerous organic polymers and thus function as a molecular bridge (adhesion promoter, surface modifier) between organic and inorganic substrates.

SiSiB® PC1300 amino silane is a clear, light to dark yellow liquid with a slight amine-like odor. It is soluble in alcohols, ketones, esters and aliphatic and aromatic hydrocarbon solvents. It is the equivalent of Momentive's A-1130, Dow's AY43-009, Evonik's Dynasylan TRIAMO silane. 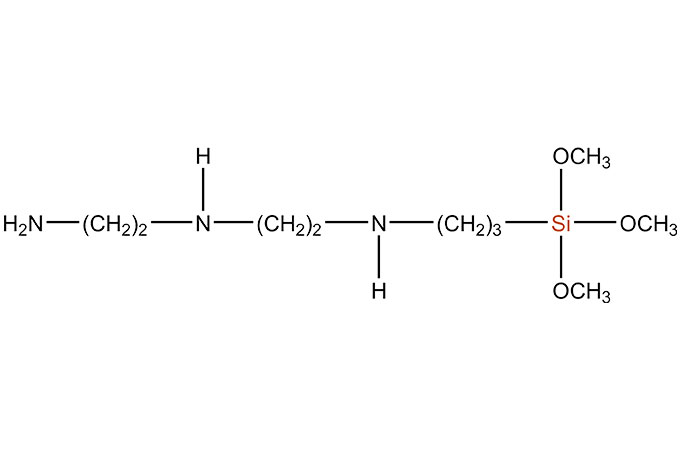