SiSiB® silane adhesion promoters are bifunctional organosilicone compounds that act as molecular bridges between the polymer matrix of an adhesive or sealant and the substrate, either inorganic or organic. SiSiB® SILANES can improve adhesive or sealant adhesion significantly. SiSiB® SILANES react chemically and promote adhesion: (1) between the base polymer in a sealant and the inorganic fillers in the formulation and/or (2) between the base polymer and the substrate.

The silane end contains hydrolysable alkoxy groups that are activated by reaction with ambient moisture. The hydrolysable alkoxy groups attached to the silicon end of the silane are typically either methoxy or ethoxy. Once activated (hydrolyzed), the resultant silanol groups will condense with other silanols or with reactive groups on the surface of a substrate such as SiOH, AIOH, or other metal oxides or hydroxides. The silane's ability to bond to a surface will generally be determined by the concentration of such sites on the surface.

Selecting the optimal silane for an application requires matching the reactivity of the silane's organofunctional group to that of the silicone polymer. 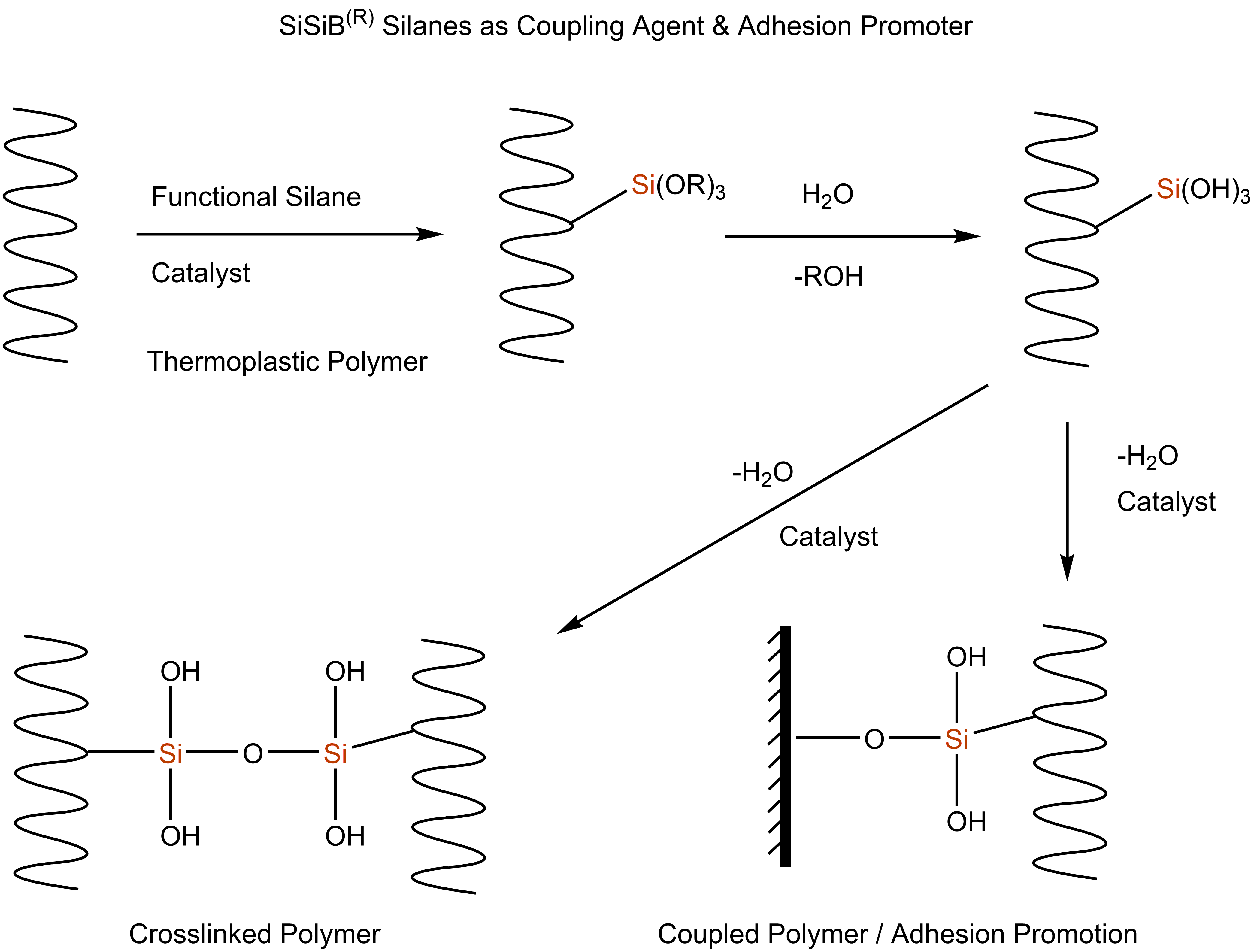 The silanes can be blended into an silicone adhesive formulation or used as primers on substrates. The structure and reactivity of the silane will affect the ability of the silane to migrate. The most effective way to promote adhesion is to apply the silane as a primer to the surface, followed by application of the adhesive/sealant. In this way, the silane will be on the surface and therefore at the interface where it can enhance adhesion between the polymer and the substrate. Silane primers are usually dilute solutions of 0.5 to 5 percent silane in alcohol or water/alcohol solvent. They are wiped or sprayed on the substrate, after which the solvent is allowed to evaporate. While the concentration needed for a specific application may vary, one percent (1%) based on resin content is recommended as a good starting point.

The effect with different kinds of fillers 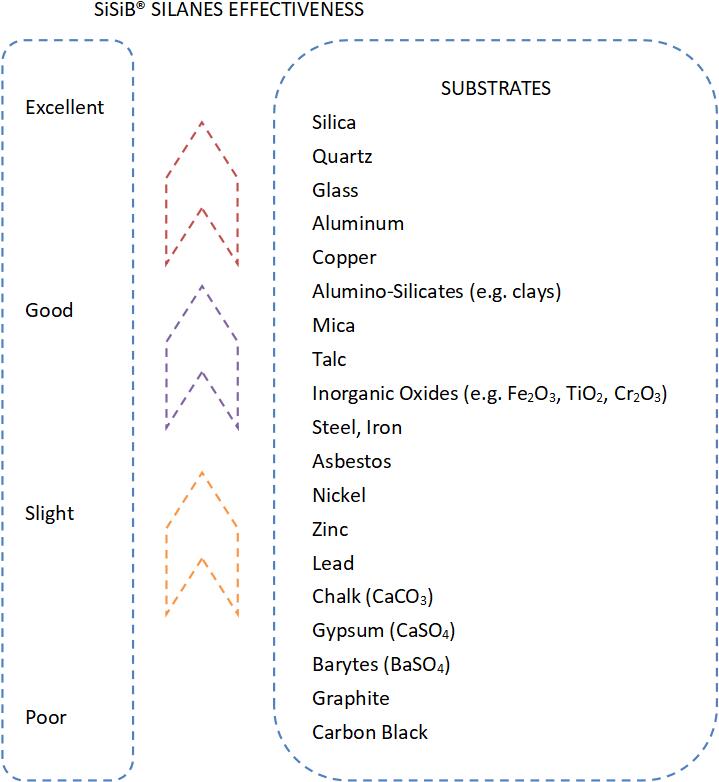