SiSiB® PC5424 is a hydrolyzed and oligomerized form of ethyl silicate. It is a mixture of monomers, dimers, trimers and cyclic polysiloxanes.

SiSiB® PC5424 is a transparent liquid containing 40% silica (SiO2) by mass, but in practice, in addition to chain condensates, it also contains branch-shaped and ring-shaped condensates. It is the equivalent of Momentive's TEOS-40, Wacker's SILICATE TES40, Evonik's Dynasil 40 silane. 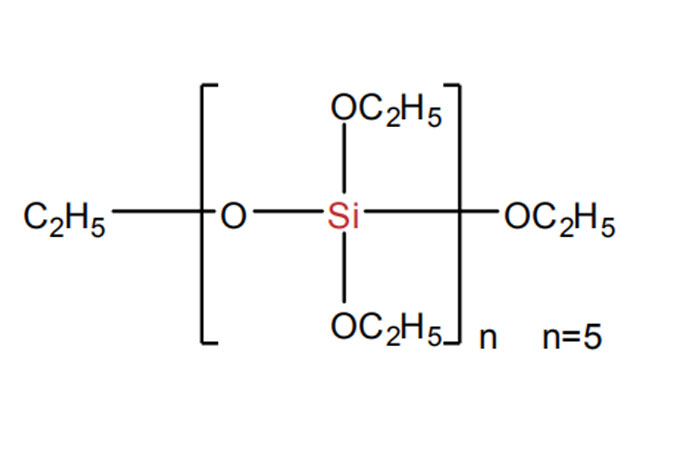