SiSiB® PC4100 is a methacryl-functional silane; it is a clear, light and heat sensitive liquid with a faintly sweet odour. It is equal to Momentive's A-174, Dow's Z-6030, Wacker's GF31, Evonik's Dynasylan MEMO, ShinEtsu's KBM-503.

SiSiB® PC4100 acyl silane is used as adhesion promoter at organic/inorgainc interfaces, as surface modifier (e.g. imparting water repellency, organophilic surface adjustment) or as crosslinking of polymers). It is used as a coupling agent to improve the physical and electrical properties of glass-reinforced and mineral-filled thermosetting resins under exposure to heat and/or moisture.

It is typically employed as a blend additive in resin systems that cure via a free radical mechanism (e.g. polyester, acrylic) and in filled or reinforced thermoplastic silicon based polymers, including polyolefins and polyurethanes. It is also used to functionalize resins via radical initiated processes - copolymerization or grafting - and to modify surfaces. 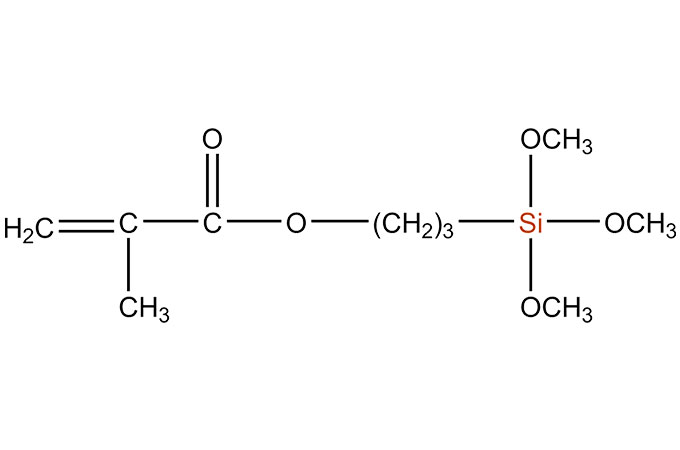 Solubility: SiSiB® PC4100 is soluble in methanol, ethanol, isopropanol, acetone, benzene, toluene, and xylene. After hydrolysis, it is soluble in water with adequate stirring if the pH is adjusted to 4.0. Hydrolysis releases methanol.